The presidential flagbearer of the All Progressives Congress for the 2023 election, Bola Tinubu, on Tuesday, met with the United Kingdom Minister for Africa, Foreign & Commonwealth Development Office, Andrew Mitchell, in London.

Speaker of the House of Representatives, Femi Gbajabiamila; Kaduna State governor, Nasir El-Rufai; Jigawa State governor, Abubakar Badaru; and other dignitaries were present at the meeting. 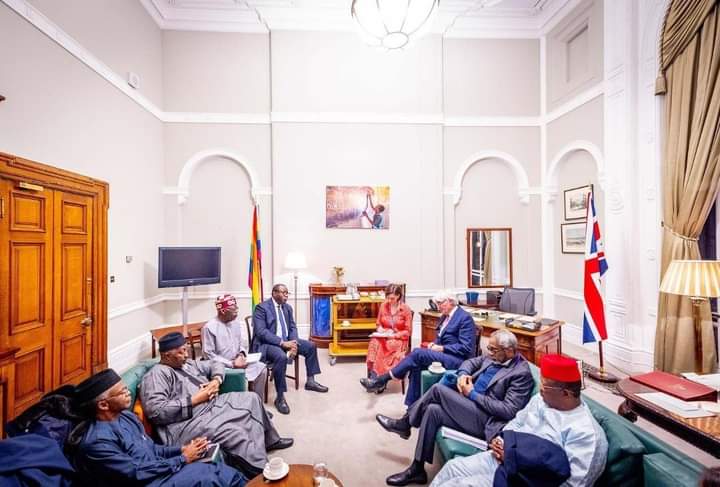 The former Lagos State Governor is currently in the UK to interact with relevant stakeholders ahead of the February 2023 poll.

Tinubu was at Chatham House in London on Monday where he spoke on how he would tackle the economic and security challenges bedevilling the nation if elected president in 2023. 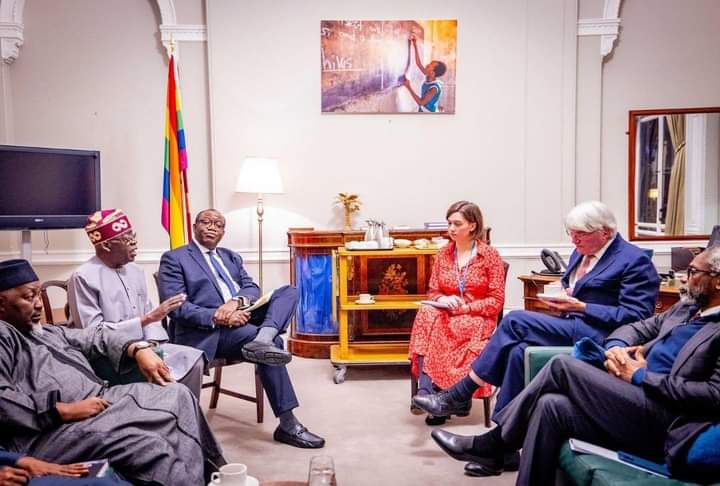