Mrs Josephine Eze (not real name) is a journalist with a respected daily newspaper based in Lagos State. She is a senior correspondent, who covers the crime and education beats for the newspaper. She was recently in the east, to attend her mother-in-law’s burial, and on a fateful Wednesday, she was driving her family back to Lagos when she was apprehended in Onitsha, and her vehicle impounded.

According to her, she was driving behind another vehicle which was going to Lagos too, and suddenly she missed the vehicle because of the traffic.

“I drove to a safe place and cleared off the road entirely to make calls to the other driver about his whereabouts, then suddenly, some people wearing yellow vests charged at me and collected my car keys and forcefully took us to a place they said is their office. They charged me for wrongful parking.”

Mrs Eze insisted that she didn’t get out of the car, and that the idea of parking before making a call was in order not to contravene the law of making calls while driving. She pleaded that she was driving her children to Lagos and needed to make the journey that day, but she was ignored until she coughed out N30,000. 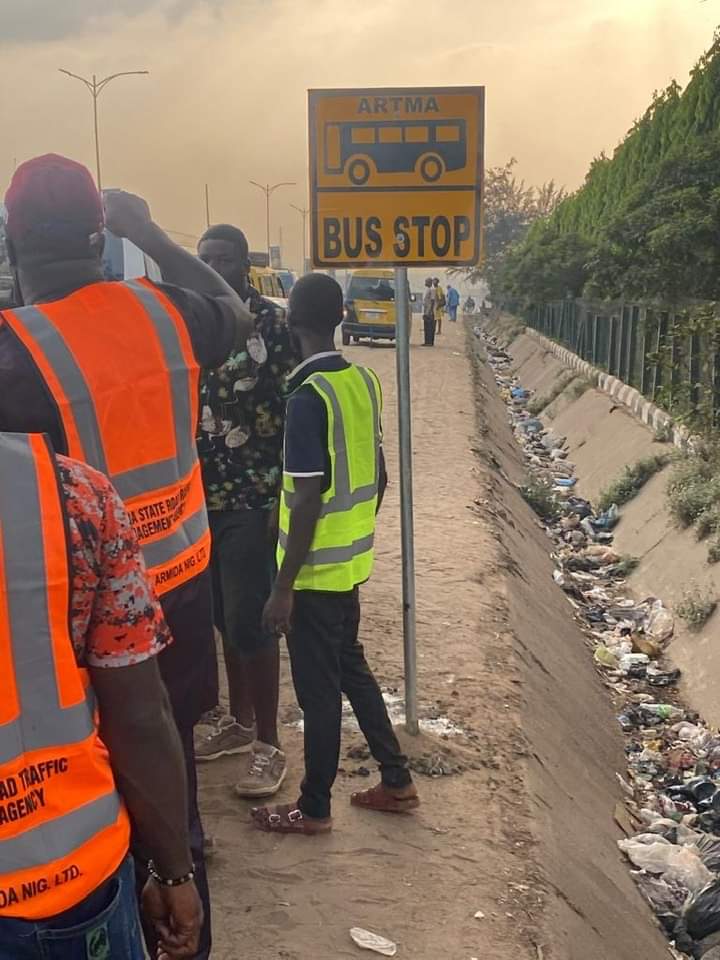 In Awka, a Road Safety official said he spent N5,000 as bribe after his car was impounded for driving through the tunnel under the flyover at Aroma. He was told that using the tunnel constituted one-way. He insisted that he was a road safety official and knew what constituted one-way offence and what was not. He told them that it was only on weekdays when the road is busy that people are stopped from plying it, and even at that, the road must be blocked with a caution sign to avoid motorists using it.

He told this reporter, “If you see how they jumped into my vehicle and started struggling over the steering with me, you will be surprised. I knew I didn’t do anything wrong, I also knew they were aware that they were doing the wrong thing, because they hid themselves and waited for someone they could catch. This was on a Saturday morning, and the road was very lonely. I became afraid they may rob me, so I offered them N5,000 and immediately they came down from the vehicle, I fled for my life.”

The scenarios above are part of the troubles residents of Anambra State pass through on a daily basis since the new administration headed by Prof. Chukwuma Soludo came on board.

When the governor first assumed office, he disbanded all motor park touts and declared it illegal for anyone to work as a tout in any motorpark. He admonished that all such people should go to their local government areas and register, as the government plans to train and rehabilitate them. However, the people lament that he ended up recruiting the same people, and legalising their activities.

In Anambra, multiple security, road traffic agents working for the State government exist, and they have now come to be known as official touts of the State government. They are brazen and daring. They are said to have been charged by the governor to show no mercy to those who run foul of the laws. They have several uniforms, and are also forbidden from showing leniency to anyone, no matter their connection.

Many people applauded the governor for this move, especially for a society where many people relish breaking the law, especially when they are very well connected. But many believe that the powers bestowed on them may have gone into their heads, as they are now lords of the road, and look at no one with pity at all.

These agencies include: Anambra Road Traffic Management Agency (ARTMA), Anambra Task Force, OCHA Brigade among others. The operatives of these agencies are greatly feared by not only road users, but traders in various markets, where many say they also work as ticket agents, and most times impound goods belonging to traders.

Some residents of Awka who spoke to our DAILY POST condemned the high handedness of the agents.

Chiamaka, a banana seller at Aroma junction in Awka said: “The way these people behave towards us, you will think that they are gods. Once they wear this uniform, they will never accept that anyone is bigger than them. Since Soludo came, anyday they like, they will come and chase us away and destroy our bananas. They used to chase all these keke people like that before, but those ones too are also touts, so they now left them and faced us. This is what we go through every day.”

A newspaper vendor who related her experience said: “This is the first time that I am seeing an administration that will say newspaper vendors should go and rent offices to sell their newspapers. They are always chasing us around. Our leadership is still trying to meet with government officials to resolve this.”

Another very daring people who have driven fear into the minds of Anambra road users are Vehicle Inspection Officers (VIO).

A motorist, Tobechukwu Uba said: “It is better I deal with police on the road or even Road Safety, instead of VIO. Soludo has so empowered them in the name of looking for tax that they are looking for every means to book people. What is annoying is that their charges are never friendly. They range from N25,000 and above.”

Meanwhile, the State government has said that it is working to checkmate the excesses of some of its agents who extort people unnecessarily.

Mr Emeka Okonkwo, the Managing Director of ARTMA said unique numbers, which are delegated to each of their agents and inscribed in reflective jackets, have been made available, and members of the public who feel they were unduly treated by the agents should call their office and report the agents to them.

On Wednesday too, five operatives of the agency were dismissed after complaints were brought against them by a motorist.

A press release by the agency stated that: “ARTMA disciplinary committee today outrightly fired five of its Onitsha-based ad-hoc officers for misconduct. From detailed feedback from a motorist, we were able to narrow down on five of our ad-hoc staff who extorted the user on the road.

“Mrs Okeke Chinyere (not real names) was wrongly impounded by the officers. Knowing very well that if Mrs Okeke Chinyere is brought to any of our ARTMA base, she would be released immediately and they will be penalised because they do not have a convincing video of her offence, they tried to play a smart one. They threatened her that she will pay over N90,000 (ninety thousand naira) if she gets to the office and then convinced her to pay N25,000 (twenty-five thousand naira) on the road.

“We advise road users both commercial and private to abide by the road signs and don’t panic when wrongly apprehended, just drive them to any of our offices and the video of your offence MUST be shown to you before you pay any fine. We will continue to pick out the few bad eggs in the agency so as to serve ‘Ndi Anambra’ better.”

The names of the five officers de-robbed by the agency were given as: Nwafor Emeka with unique number 266, Kosarachukwu Chinedu – 259, Aniekwe Obiora – 277, Nnamdi Ifeanyi- 272 and Areh Uche Okechukwu – 265.