According to a press statement signed by the Kebbi State Police Commissioner, Ahmed Magaji Kontagora, a gang of kidnappers invaded the residence of one Alhaji Adamu of Laga village in Tsamiya District of Bagudo Local Government Area and kidnapped their target.

The press statement affirmed that:” On receipt of the information, a team of policemen swiftly responded, pursued the kidnappers and engaged them in a gun duel. As a result, the victim was rescued unhurt and one of the suspects, named Angulu, was gunned down. Similarly, three AK47 rifles, two fabricated Dane guns, one locally made pistol, forty-seven Ak 47 live ammunition and seven live cartridges were also recovered as exhibits.

“One Alti Abdullahi, aka Altu, of Sabon Gari village, Tsamiya District of Bagudo Local Government Area was also arrested in connection with the case. 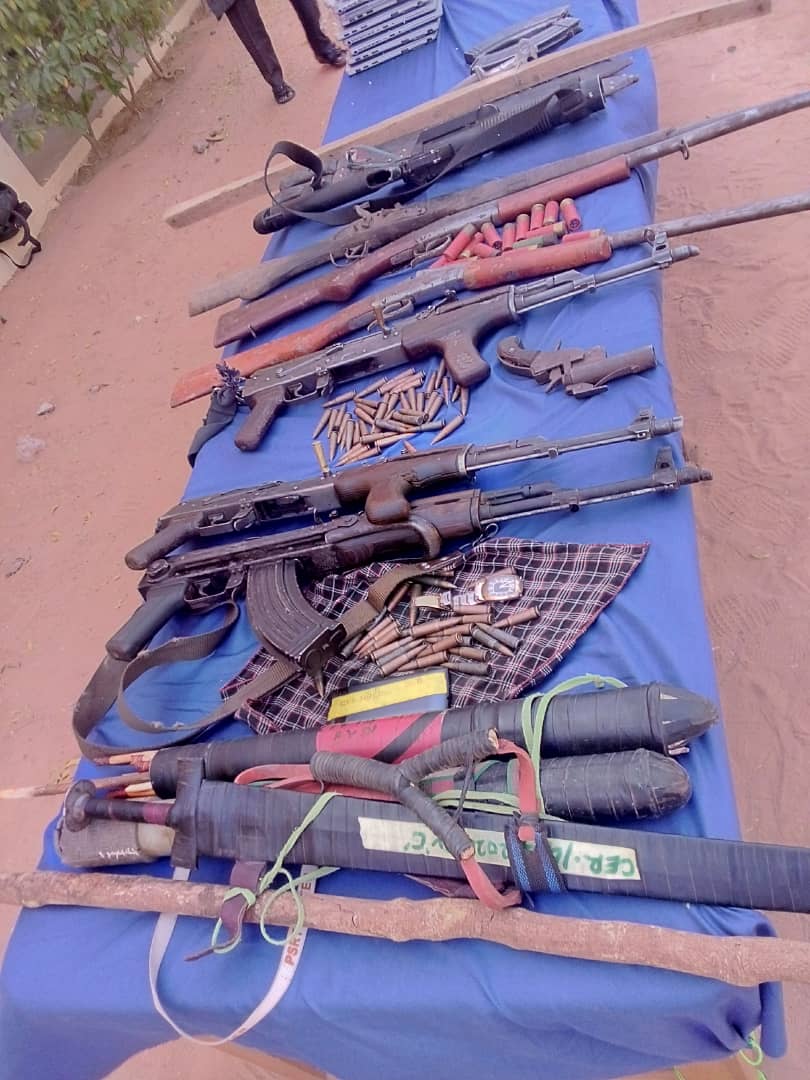 “In the course of investigation, the suspect confessed to having committed the crime and mentioned his gang members who are currently at large as Dogo Bube, Chakari, Jabbi Daneri and Shehu Tambaya.”

According to the statement, the suspect further confessed to have been responsible for the kidnapping of one Alhaji Ado of Sanji village and Alhaji Muhammadu of Tungar Gyado area of Sanji village all in Tsamiya District, Bagudo Local Government Area of the State.

The Commissioner of Police explained that the criminals collected the sum of three million and five hundred thousand naira (N3,500,000) as ransom, saying that investigation is ongoing with a view to arresting the fleeing gang members.

Speaking of the bandit gunned down by the vigilante, he said: “His Ak 47 rifle, with breach No. LZ09119 was recovered alongside 24 rounds of live ammunition. Three empty shells of 7.62mm were also recovered at the scene of the incident.”