The youth wing of the Zamfara State chapter of the All Progressive Congress ( APC) in collaboration with women groups has conducted a one million solidarity walk in support of Governor Bello Mohammed Matawalle.

The One Million Solidarity Walk was led by the Zamfara State APC coordinator, Youth Mobilization Group for Governor Matawalle, Hon. Yazeed Danfulani who also doubled as the Zamfara State Commissioner of Commerce and Industry.

DAILY POST reports that the rally started as early as 9 am on Wednesday 14th December 2022 with motorcycle riders rallying Gusau metropolis with Governor Matawalle’s posters and emblems.

The rally terminated at the Government House where the group leader addressed the governor who was represented by his deputy, Senator Hassan Nasiha Mohammed Gusau.

Danfulani explained that the solidarity walk became necessary to secure a landslide victory for APC in the state, saying that the group wants Matawalle to continue and completes the work he started in 2019.

Speaking further, Danfulani said that the youth and women wings organized and sponsored the solidarity walk, assuring that APC will win all the elective positions. 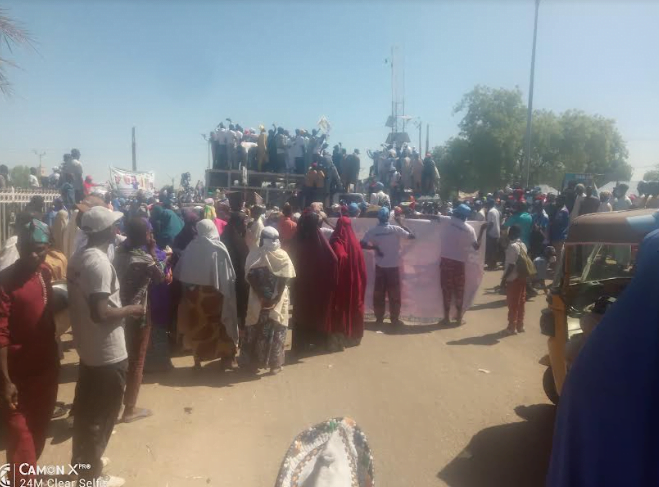 “We will ensure that APC clinches the elective positions in the state without intimidating anybody but through house-to-house campaign,” he said.

Responding, Senator Hassan Nasiha Mohammed said he appreciated the struggles of the youths and women to ensure victory for APC in the state in 2023.

There was adequate security measure during the rally as security operatives were stationed in all strategic places in the state capital where the rally was held.

Some people trying to use the solidarity walk to perpetrate crimes were arrested by the operatives of the Zamfara State Anti-Thuggery Committee. Their offences, however, were yet to be made known at the time of compiling this report.