The former lawmaker’s statement is coming on the heels of recent attacks in Kaura Local Government Area in Kaduna State.

Senator Sani said the attacks were result of failure on the part government to prevent them.

He wrote: “Yesterday, 21 people murdered by terrorists were buried in Mallagun, Kaura LG in Southern Kaduna. Killings and funerals has (sic) become a daily tragedy in Kaduna State, in the face of the failure of Government to prevent attacks.” 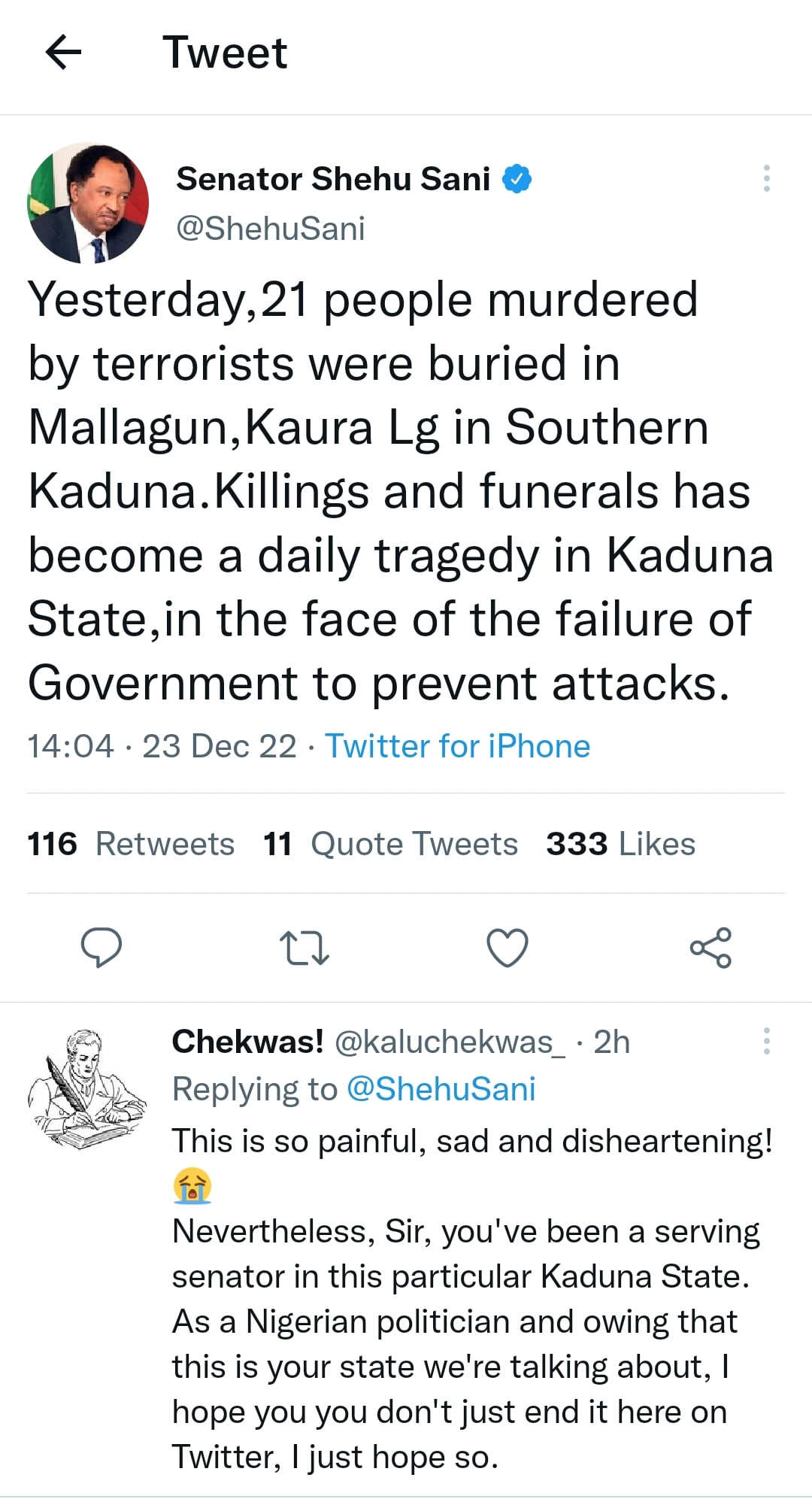