Ahead the 2023 presidential election, rechargeable lamps with the photo of the candidate of the Labour Party, Peter Obi, were distributed to kinsmen of President Olusegun Obasanjo in Ogun State.

The solar lamps were given out at Obasanjo’s 2022 Ibogun Olaogun Day celebration, probably to confirm his endorsement of Obi’s candidacy.

DAILY POST could not immediately confirm if the lamps were bought and customised by Obasanjo himself or they were supplied by the Obi campaign council. 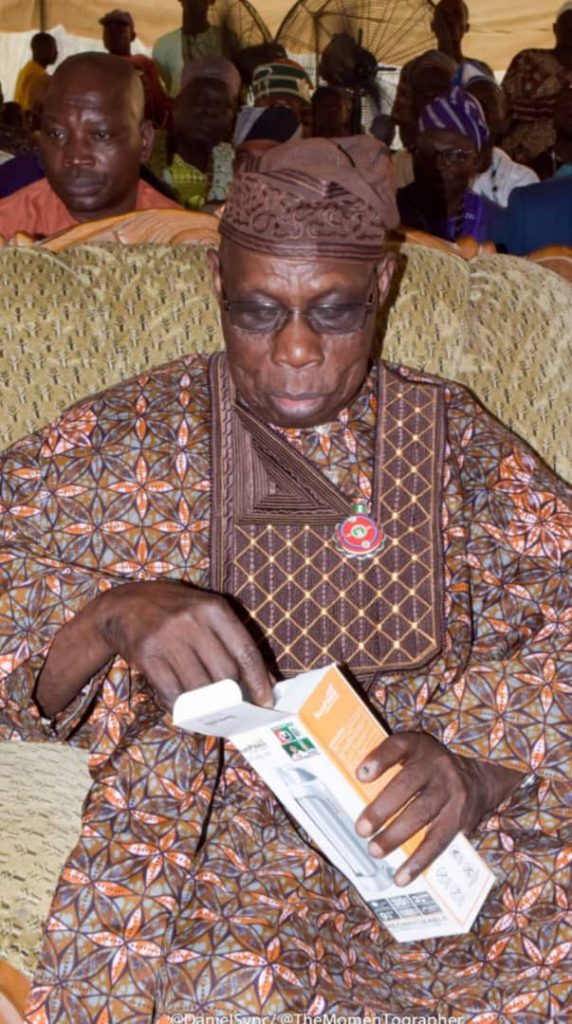 However, the former president was seen holding a sample of the lamps before they were eventually given out to people at the annual event.

The former president, who said he is no more in partisan politics, has maintained that the next Nigerian president must come from the South.

He has since indicated his interest in Obi, who is from the South East.