This was contained in a letter of his resignation letter obtained by DAILY POST.

The letter was signed by the former Deputy Governor and addressed to the APC chairman Galangamawa Ward in Gumel Local Government Area.

According to the letter “With all sense of respect and regards as a chairman, your person and your party to notify you of my resignation from All Progressives Congress (APC). 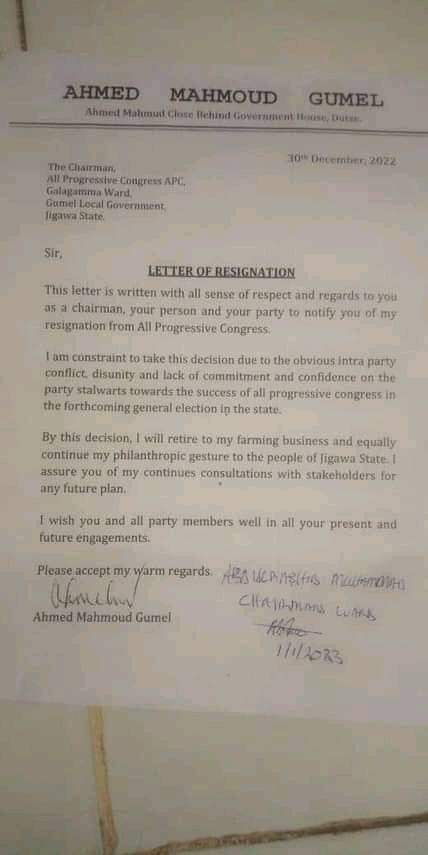 “I’m constrained to take this decision due to the obvious intra party conflict, disunity and lack of commitment and confidence on the party stalwarts towards the success of the party in the forthcoming general elections.”

Ahmed Gumel assured APC of his continued consultation with the party stakeholders for any future plans, he wished all the party members well in their present and future engagements.

Ahmed served as commissioner of finance during the administration of former Governor Ibrahim Saminu Turaki. He also served as Deputy Governor under former Governor Sule Lamido on the platform of the Peoples Democratic Party, PDP.

He dumped the PDP a few months before the 2015 general elections for the All Progressives Congress, APC.