Police in Kano State have arrested sixty-one suspected political thugs at the All Progressives Congress, APC, campaign in the state.

Spokesman of the command, SP Abdullahi Haruna Kiyawa stated this in a statement issued to DAILY POST on Thursday.

He said this it was part of the police effort to ensure peaceful election processes, and the Command’s efforts to rid Kano State of all forms of crimes and criminality, especially the menace of political thuggery (daba). 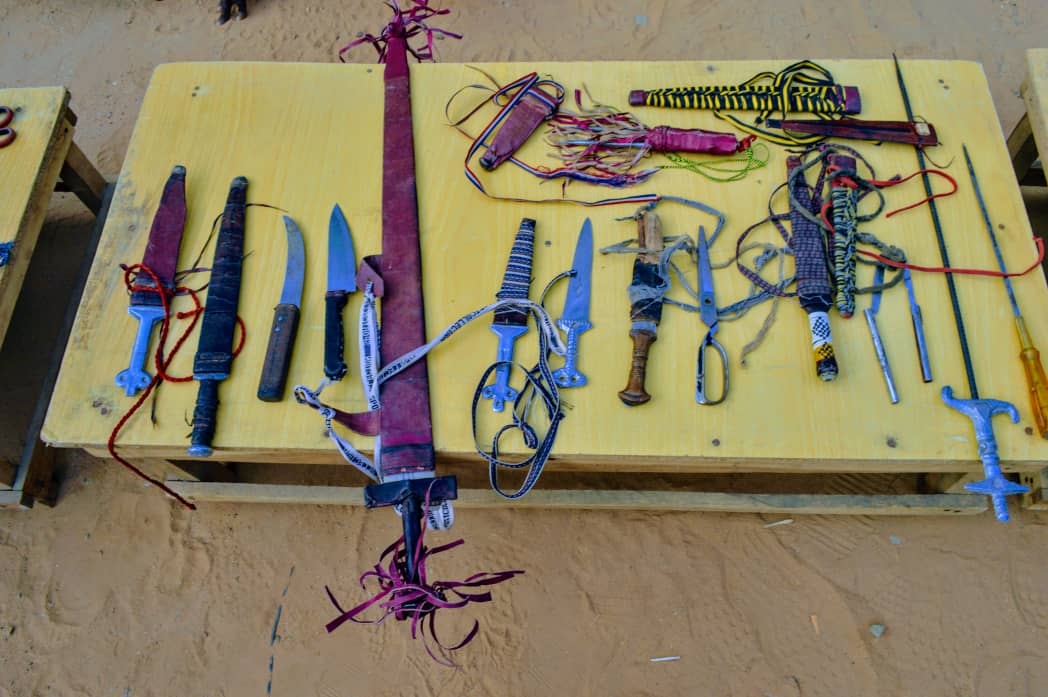 Kiyawa further explained that the suspects were arrested on Wednesday during a political activity at Sani Abacha Stadium, Kano.

According to him “Thirty-three knives, eight cutlasses, four scissors, one parcel 117;wraps of dried leaves suspected to be Indian Hemp, three bottles of suck and die, 500 pieces of suspected Exol tablets and bunch of charms were recovered from the suspects ”

He said the suspects will be charged to court for prosecution.