2023: Use your votes to end marginalisation in Oke Ogun – Accord Party

The National Secretary of the Accord Party, Adebukola Ajaja has enjoined indigenes of Oke Ogun in Oyo State to use their votes to end what she described as the marginalisation of the zone in the 2023 general elections.

Ajaja made this disclosure on Wednesday during the flag-off of the campaign for the Oyo North senatorial candidate of the party, Shina Abiola Peller.

Many party chieftains were present at the flag-off held at Adabo market, palace square, Ode Oba in Iseyin. 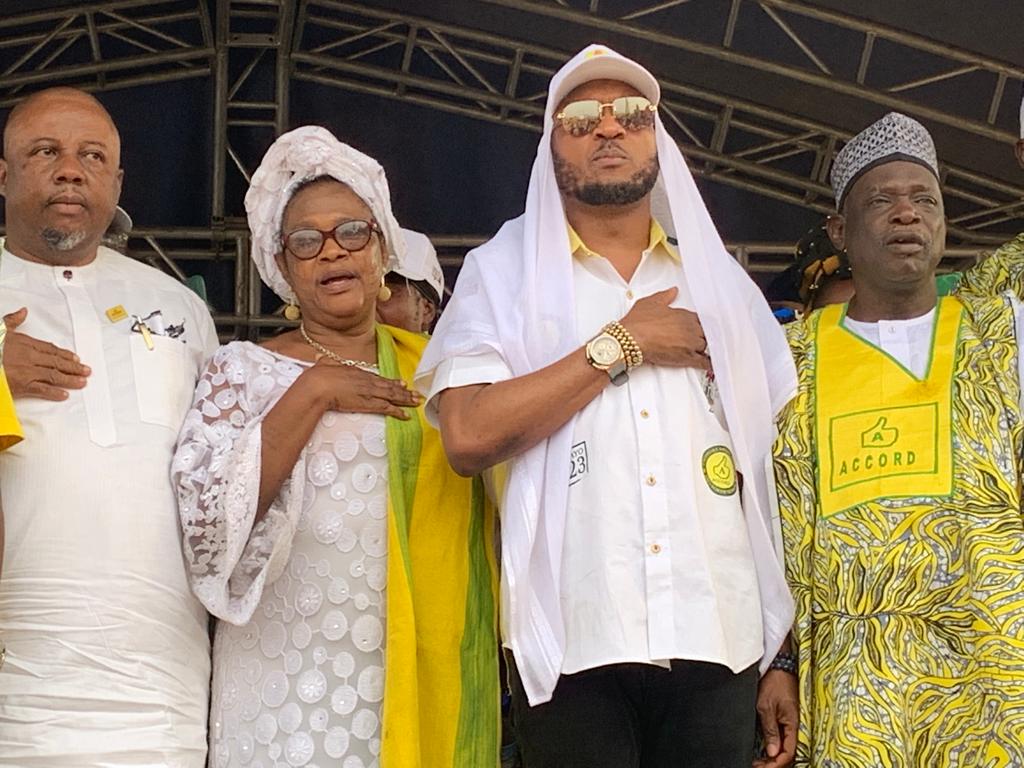 The former member of the House of Representatives, however, said the only way to end the marginalisation is for the people of the zone to vote for the candidate of the party who is also from the zone.

She said women, youths and other indigenes of Oke Ogun have been clamouring for an Oke Ogun candidate for the Oyo North senator in 2023.

She added that all the major political parties picked their candidates from Ogbomoso except the Accord Party which picked an indigene of Oke Ogun zone.

Ajaja explained that Accord picked Shina Peller to end the alleged marginalisation of the zone in 2023.

Ajaja said, “You said that you want a Senator in Oyo North to come from Oke Ogun in 2023 and Accord has presented one of your own. It is you that you will use your votes to end marginalisation.

”Youths, you have been clamouring that it is your turn to produce the senator in the zone and Peller is also a youth. So do not let anyone take it from you. God will help us. Use your votes to elect him to end the marginalisation”.

Peller in his remarks explained that the party remains the only party that has the interest of the people in mind.

2023: Use your votes to end marginalisation in Oke Ogun – Accord Party