Yobe State Governor, Mai Mala Buni has received over three thousand five hundred members of the People’s Democratic Party, (PDP) and the New Nigeria Peoples Party, (NNPP) who defected to the All Progressives Congress, (APC) in the state.

Receiving the dozens of defectors in Damaturu, Governor Buni represented by his Deputy, Idi Barde Gubana said the huge loss by the opposition parties in the state was delightful. He, however, assured the new entrants of equal rights and opportunities saying APC believes in one united Nigeria. 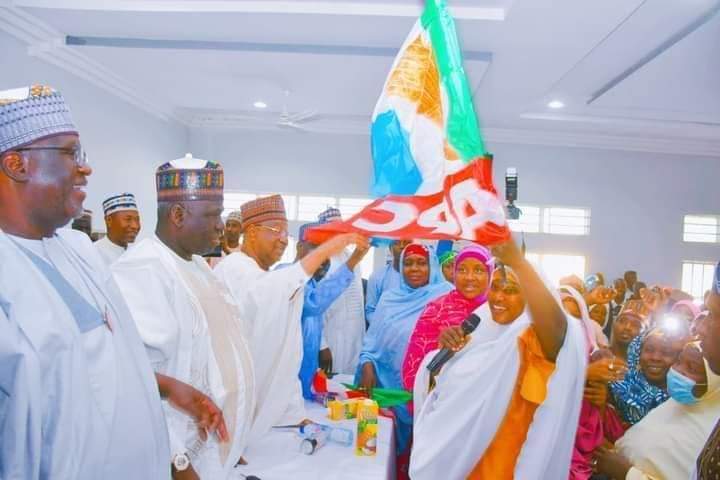 Meanwhile, the State APC Chairman, Mohammed Gadaka assured the new members that the ruling party would carry them along in all its activities.

While congratulating them, Gadaka admonished them to rally round policies and programmes of the present administration in the state.

He, however, wooed loyalists, stalwarts and chieftains in the opposition parties who are willing to decamp to do so, as APC’s doors are always open. 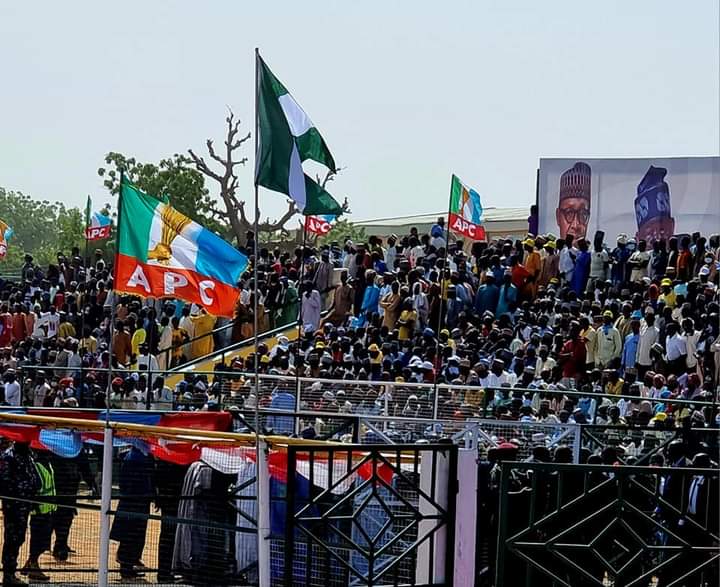 Goni Abdullahi Baban Gomna and Umar Ali who spoke on behalf of the defectors said their defection was informed given the impressive performance by the Mai Mala Buni-led administration in the last three and half years.

The highlight of the occasion was the presentation of APC flags to the defectors by the State Deputy Governor as well as the State Party Chairman, Mohammad Gadaka. 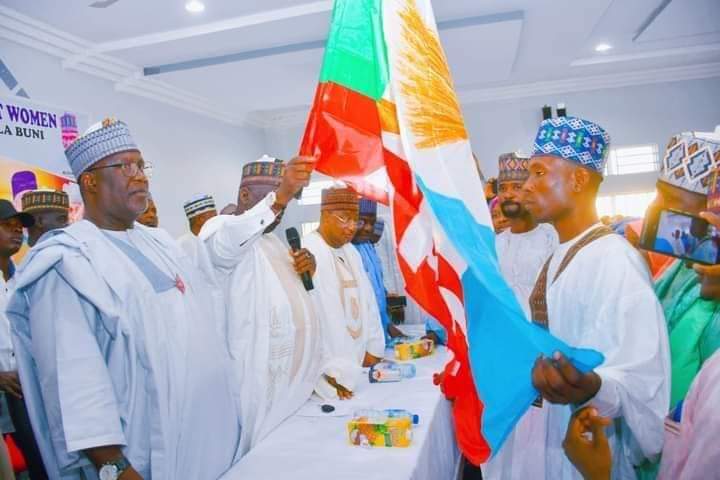